The Facel 6 was manufactured from 1963 to 64, and was the last model produced by Facel Vega. The Facel 6 was designed to be the in between of the 8-cylinder Facel 2 and the 4-cylinder Facel 3, equipped with a BMC 6-cylinder with a 150 horsepower and a top speed of 120 mph. The Facel 6 and Facel 3 shared a similar appearance but the 6 had a larger more hood to accommodate the larger engine. Available in 2+2 coupe, coach 4-seater, and cabriolet 2-seater, with standard leather seating. This was Facel Vegas last attempt to save the business, which ultimately fell short as they ceased manufacturing in 1964. 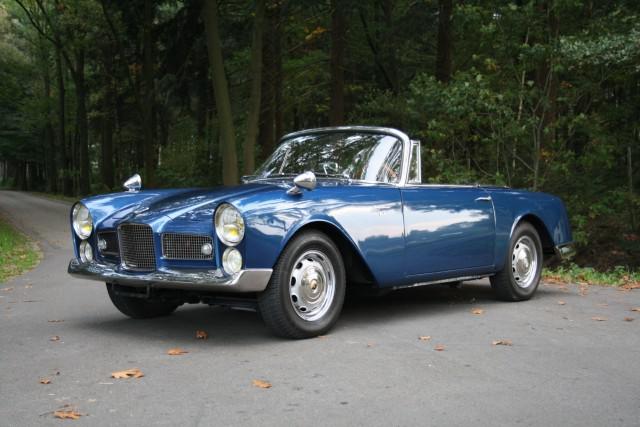