The Fiat 500, or Nuova 500, nuova translating from Italian to English as new. The Nuova was a successor to the previous 500 the Topolino, the Nuova production ran from 1957 to 1961. The Nuova was designed with a 479 cc two-cylinder producing 13 horsepower, later in 1958 a sports edition of the Nuova was released with a higher engine capacity and performance. The Nuova came equipped with foldable fabric roof and suicide doors. The sports model of the Nuova had a top speed of 65 mph with a 0-60 speed of 45 seconds. Although not incredibly high performance the Nuova offered a great economy car with an aerodynamic design, high fuel efficiency, and small design to be easily maneuverable throughout crowded cities. 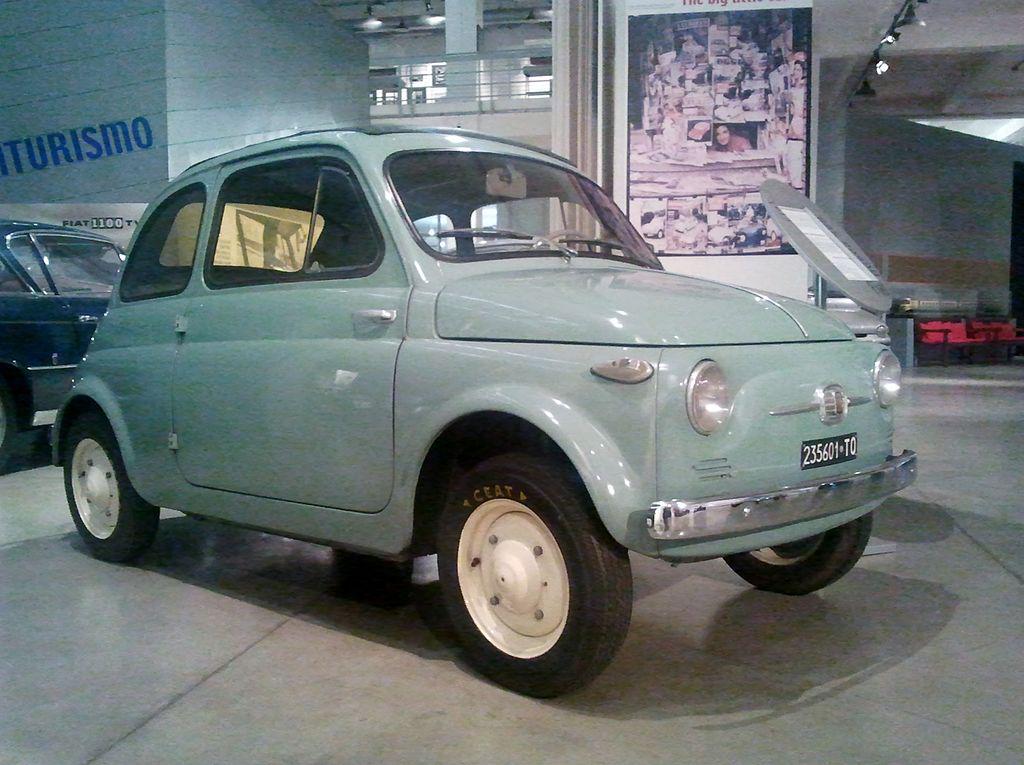