The BMW Isetta 300 was a continuation of the Isetta 250, manufactured from 1957 to 1962. The updated model was due to a German government change of regulation that made producing a 250cc opposed to a 300 cc not worth it because it no longer allowed Class IV to operate anything larger than a small motorcycle. The Isetta 300 came with the same modified four stroke BMW R25/3 motorcycle engine as the Isetta 250, except they enlarged the singular cylinder to increase the power of the engine to 300 cc the horsepower increased to 13 at 5200 rpm and a top speed of 53 mph. 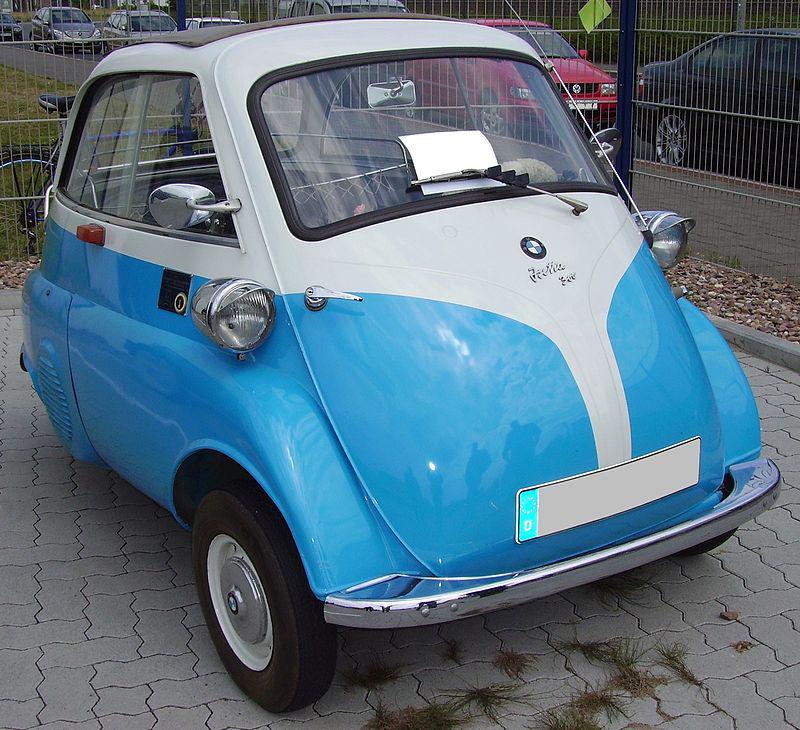