The XK 140 was in production from 1954 to 1957 as the successor to the XK120. The 140 came equipped with dual overhead camshaft straight-six engine with 190 horsepower but was also available with a sport package upgrade that increased the power, stiffness of suspension, and other performance upgrades. The base model was able to achieve a top speed of 120 mph and had an 8.4 second 0-60 time. The 140 was available in a 2-seat convertible, coupe, and roadster. The upgrades from the previous model included improved braking and steering, telescopic shock absorbers, and cosmetic upgrades along the body and front grille. 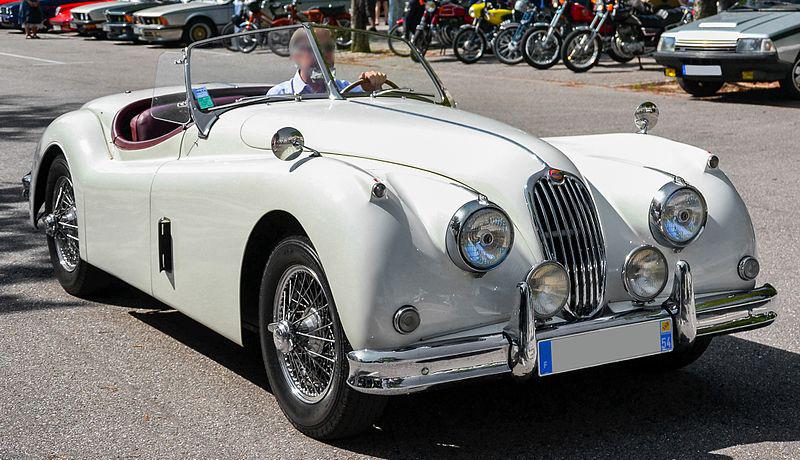