The 1954 Willys offered a multitude of models in sedan, coupes 2-doors, and 4-doors. This was Willys version of the family car, moving away from the square jeep like shape taking a traditional design of the elongated hood. Modeling after the earlier Aero except with more options for consumers. This was Willys version of a true family and transportation car, as opposed to their early jeeps which had more of an all-purpose and drive. The 54' came in a variety of models and designs to fit exactly the consumers needs. 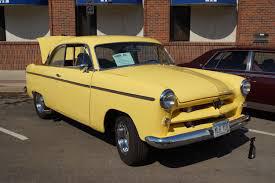 Click here to see if you qualify for the 1954 Willy