The DB2 was produced from 1950 to 1953 and was the successor to the DB1 and predecessor to the DB 2/4. The DB2 came equipped with a dual overhead 2.6 liter straight-6 engine, with about 105 horsepower. The DB2 had a top speed of 116 mpg, and a 0-60 time of 11.2 seconds, the engine is based off engines produced by Lagonda. The DB2 also had the option for the upgraded Vantage model which offered more horsepower and performance. Designed in 2-door models, with drop or fixed head, utilizing the classic luxury car larger grill. The DB2 is known for being on the slimmer side of cars, moving further away from the boxy shape into a sleeker more aerodynamic figure. The slender frame and powerful engine brought Aston Martin back to the podium and into the eyes of the public. 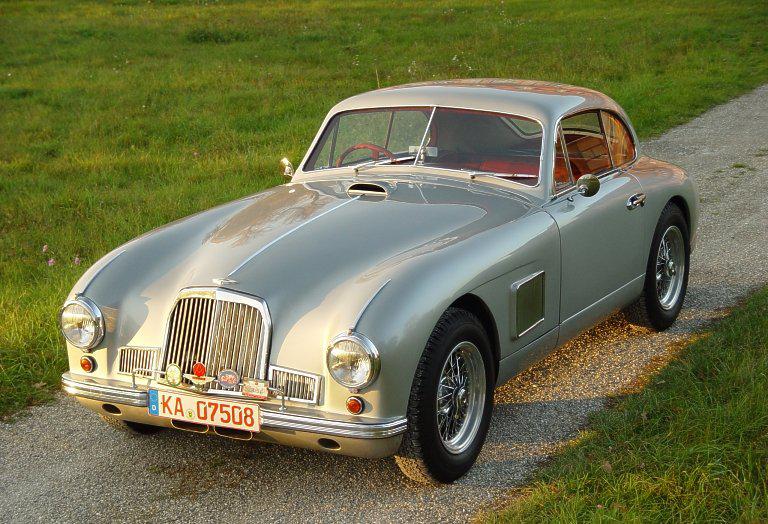 Aston Martin Lagonda Global Holdings plc was started by Lionel Martin
and Robert Bamford in 1913, the company named Bamford and Martin, mainly
in the market of luxury sports cars and later grand tourers. Martin and
Bamford previously worked together selling and services vehicles, Martin
also spent time racing at Aston Hill, presumably influencing the future
name of the firm. The first car designed by the pair named Aston Martin
was a four-cylinder Coventry-Simplex engine on the chassis of a 1908
Isotta Fraschini. Further production of cars did not continue until 1915
because of the outbreak of World War I. After an influx of funding in
1920, in 1922 Aston Martin went on to compete in the French Grand prix
and setting speed and endurance records at Brookland. Using a 16-valve
twin cam engine the Green Pea, Razor Blade, and the Halford Special. The
company went bankrupt in 1924, and faced more financial difficulty in
1925, when Lionel Martin was forced to sell his shares of the company.
In 1925, then owner Dorothea, Lady Charnwood renamed the firm Aston
Martin Motors.