The Mark VII was produced and sold from 1950 to 1956, as a successor to the Mark V, launched with a regular version and with an M version in 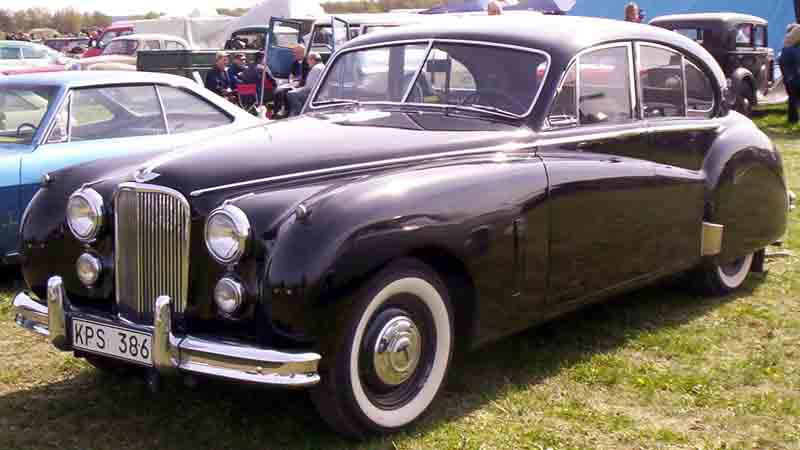 Jaguar opted to stepped skip the continuation of naming, avoiding
calling the Mark VII a VI despite that being the next Roman numeral in
line because of the Bentley Mark VI that was available at the time. The
Mark VII was available only in 4-door saloon, designed with the new XK
engine that was a dual overhead valve straight-six with 160 horsepower,
later redesigned in the M addition to have 190 horsepower. The Mark VII
was Jaguar first car that reached speeds over 100 MPH and was also the
first model available with automatic transmission. The Mark VII
experience success as a racing and rally car, helping build Jaguars
reputation as a high-performance sport vehicle.