The K1 was produced from 1946 to 1949, the first in the series of K models but it did bear resemblance and share parts to the Allard J1 which was put out the same year. The K1 was designed with front bumper, multiple roof constructions, a larger wheelbase and higher density engine than the J1. The K1 came with a 3.6-liter side-steering L-head V8 engine, a three-speed transmission producing 3622cc, on individually suspended front wheels with transverse lead spring. The K1 although was not particularly designed for the race track it did have race car like capabilities, being marketed as equally capable road and track car. 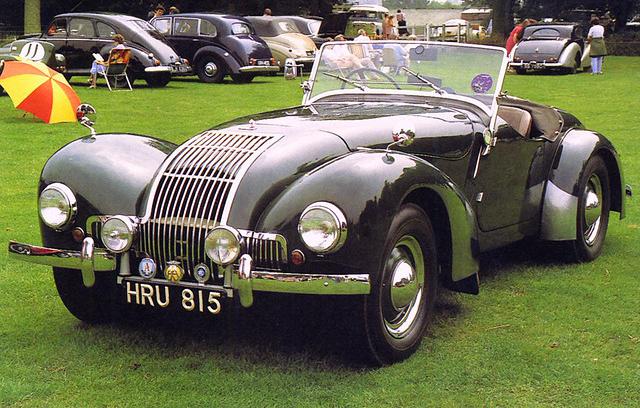 In 1961, the company did offer a specialized dragster called the Dragon. Allard also offered conversions for various ford parts in the late 50?s and early 60?s. Then in 1966 Sydney Allard died, by then much of the car industry for Allard had died as well. Although, in 2011, a joint venture was started by Sydney Allard?s grandson in the business of authentically reviving defuncts cars. This idea was shortly shot down after intellectual property rights lawsuits. But Allard again is heading toward revival as the company officially reopened business, and planning production in 2018. Production will be geared toward making new sports car based on original models. J.J. Best Bank & Co. offers collector car financing for the 1946 Allard.